At the Warner University Commencement Ceremony held Saturday, April 27, 2019, Chairman of the WU Board of Trustees Michael Darby
was honored with an honorary doctorate for his years of service to Warner University. 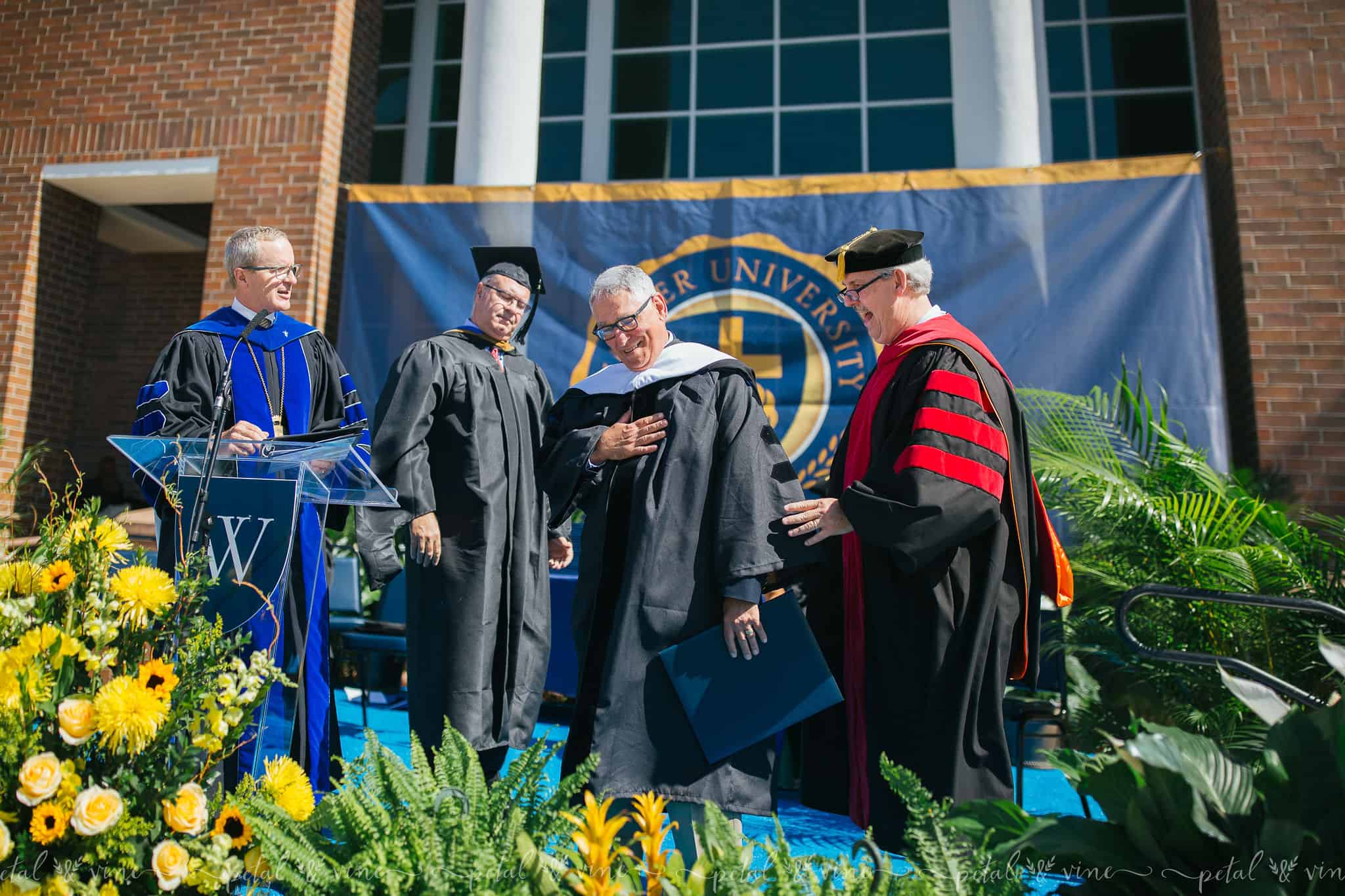 “My father, Dr. H. Darrel Darby and I have had the privilege of serving on the Warner Board of Trustees for a combined total of 29 years,” says Darby. “We have watched over the years as Warner grew and became Warner University.”

“This growth happened because Warner has remained faithful to it’s mission to equip and prepare students to be Christ like servant leaders. That is one of many reasons I love Warner. Warner is making a difference for the Kingdom!”

Thank you and congratulations to Dr. Michael Darby!