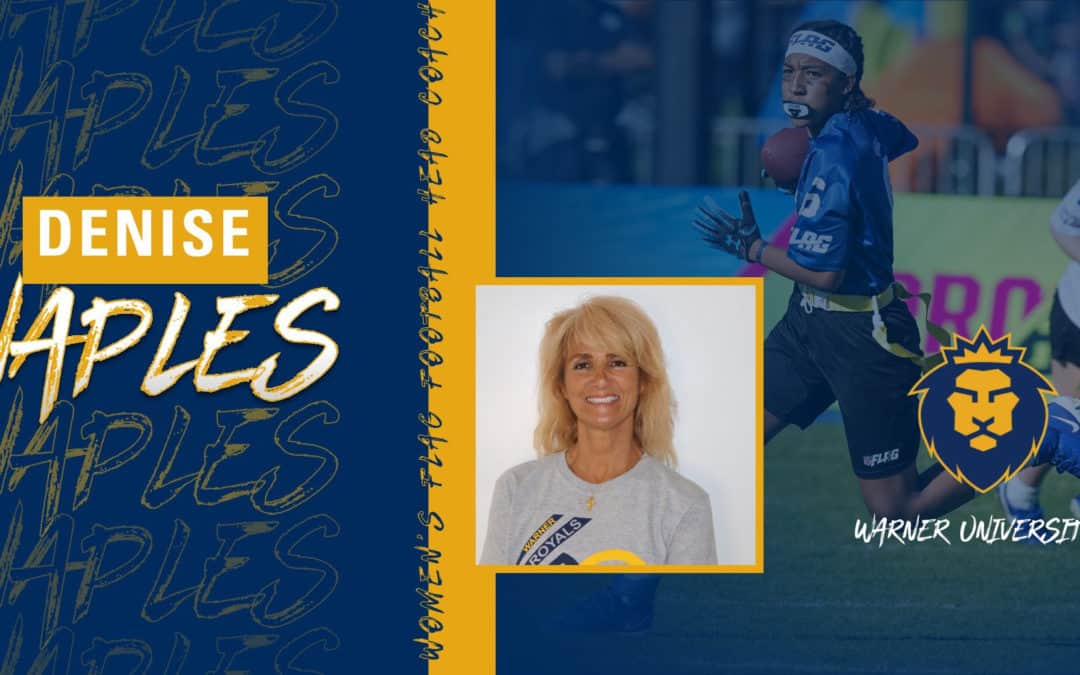 The Royals announced earlier this year that they would be joining the NAIA and the NFL in partnership to welcome the new sport of Women’s Flag Football. The first step, hiring Denise Naples as the new Head Coach.

As the first Head Coach for the Women’s Flag Football team, Denise Naples will travel to Lake Wales, Fla. from her home state and the home of the NFL Football Hall of Fame, Ohio. Naples brings over 15 years of coaching experience with her as well as many years of playing experience. She has coached every level of basketball, both boys and girls. In 2017, she helped lead the Niles McKinley High School women’s basketball team to their first winning season in 30 years. In addition, Naples has coached both a boys and girls team in the AAU National Championship for basketball. Naples has coached flag football for multiple years. She has led the majority of her teams to be league champions. Naples has coached multiple teams, clinics, and individuals for both basketball and flag football all over Northeast Ohio.

Naples grew up playing either basketball or flag football everyday as a kid. In high school at Warren Western Reserve, she played basketball earning the team MVP both her junior and senior year. She also received all-tournament team honors. Naples went on to play at Kent State Trumbull, leading the team to the Ohio State Championship where she was awarded the Tournament MVP. She then went on to play at Cleveland State. In 1984, Naples was fortunate enough to receive an invitation to try out for the USA Women’s Basketball Olympic Team. In 1986, Naples was a part of the National Women’s Basketball Association, NWBA, as the point guard for the Louisiana Blues. This league would give birth to the WNBA as we know it today.

After her basketball days were over, Naples fell back on her beloved sport of flag football. As a quarterback she played in multiple leagues and tournaments in the Midwest. She acted as coach as well. Her flag career then led to Women’s Professional Tackle football where she was recruited to play quarterback for the Cleveland Fusion. Naples hung up her cleats to begin coaching and raising her daughter. She was inducted to the Warren Ohio Sports Hall of Fame in 2011 and was an inductee to the 15th Annual Trumbull County Sports Hall of Fame. Naples is excited to help pave the way for females in football.