We Need to Reclaim the Sacredness of the Church 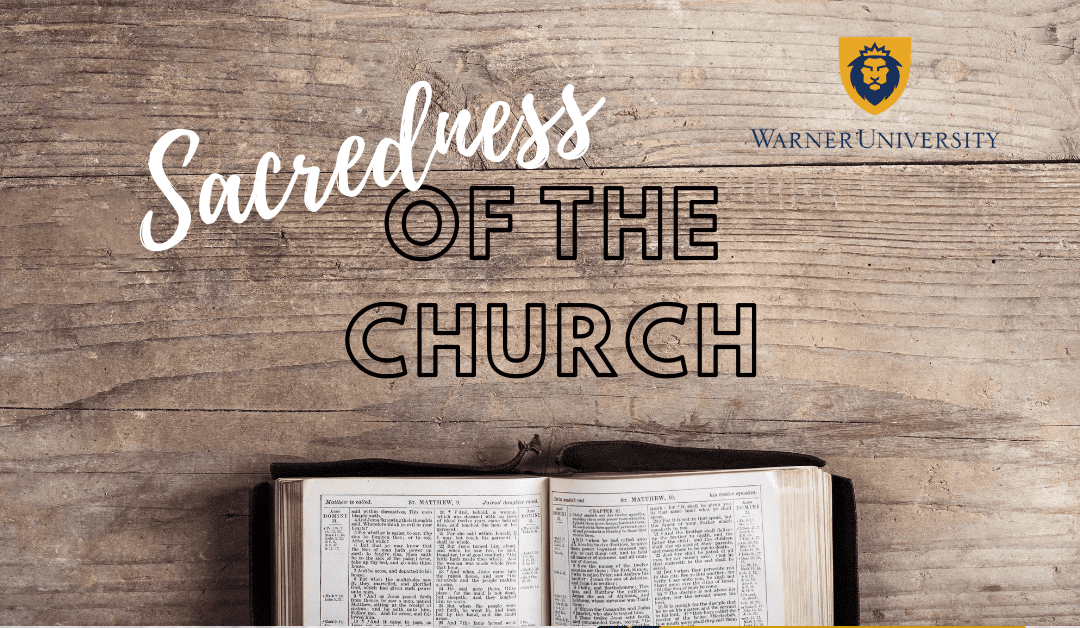 One of my favorite things about the Christian life is that I am part of both a local church and the Church with a capital C. For me, it is a mind-blowing reality that God has called his people “the body of Christ” (1 Corinthians 12:27), God’s arms and legs on Earth. To think that God actually allows us to partner with him in his work is really quite overwhelming.

My fondness for this reality is the reason I have been saddened by a phenomenon I have noticed within the Christian community during the last few years. I have noticed that whenever someone says something good about the corporate Church, he or she often (not always) feels the need to preface or qualify the statement with an acknowledgement of the Church’s imperfections. “The Church has certainly made some mistakes, but it’s doing a really good job of [blank].”

Now, anyone who knows me well knows that I have taught argumentative writing for much of my adult life, and they know how adamant I am about rhetorical intellectual honesty, which often involves qualifiers—acknowledging the limitations or imperfections of one’s argument. Consequently, I very much embrace the idea of acknowledging the Church’s failures when the context calls for doing so.

But saying one good thing about something is not an argument. It’s just a statement—and we don’t commit to this incessant qualifying behavior whenever we talk about a lot of other imperfect things. So what is behind this disturbing trend within the Christian community?

I don’t know for sure, but I hope it is not that we have become intimidated by the cultural pressure to disavow and impugn the Church, to treat the Church as an antiquated, irrelevant, and even immoral institution that does more harm than good. Unfortunately, I am reminded of research done by Baptist scholar Brad Waggoner a few years ago and published in a book titled The Shape of Faith to Come. Waggoner studied 2500 Protestant churchgoers for one year and found that only 36% of those 2500 Christians could recall “a single time in six months that they made a choice to obey God if it might cost them in some way.” I have to wonder if the culture has pressured much of the Christian community into embarrassment about even associating with the Church. We’ll admit we’re Christians because we know we need our “life insurance,” but we must be careful to simultaneously acknowledge the Church’s imperfections so that we cater to the tremendous cultural pressure that is pressing against orthodox Christianity.

There’s a serious problem with this phenomenon, though: according to Scripture, the Church is a sacred and precious thing in God’s economy. The Church is the very “body of Christ” (1 Corinthians 12:27), and Christ is the head of the Church (Ephesians 1:22, 5:23; Colossians 1:18; Matthew 16:15-18). When Paul chastised the Corinthians for their improper handling of the Lord’s Supper, he pointedly and perhaps sarcastically asked them if they “despise[d] the church of God,” insinuating, of course, that despising the church of God is a bad thing (1 Corinthians 11:22). It seems to me that allowing the culture to pressure us into being embarrassed by the Church leaves us just a short step away from despising it.

It is true that we must not sweep the Church’s mistakes under the rug, but I cannot bring myself to embrace this trend of tempering every good thing said about the Church with a counter comment about its imperfection. To do so would be to send the message that I don’t think much more of the Church than those who oppose it. To do so habitually would be to suggest that I view the Church as something less than sacred.

When we look around at some of the moral chaos in our culture, it is easy to feel like the Church has failed—that it indeed has become irrelevant. That is exactly what those who oppose the Church and God’s word want Christians to believe. But let us be reminded that it is precisely because of the Church that there is still any cultural debate at all about certain issues of morality. If not for the Church and God’s work in it, all debates about traditional morality would have been lost long ago. God has done and is still doing myriad good things through his Church, and the reason and goodness that are inherent in the Bible-believing Christian community will always be bright flames that can shine light in even the darkest places. We must love and value the church, both our local bodies and the Church with a capital C.